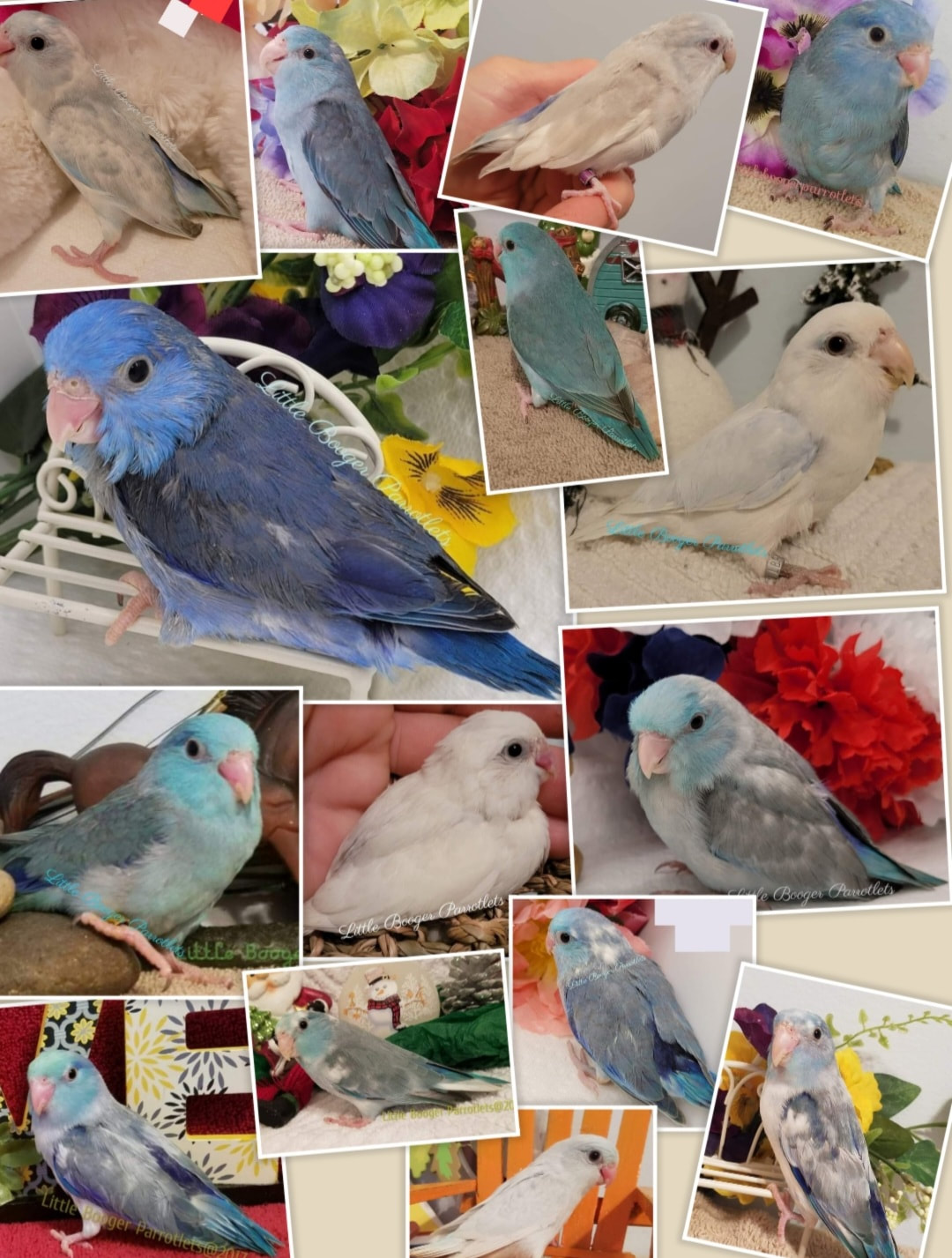 So, they can produce green and turquoise in pied, fallow, marble and/or dark factor combinations. These should be some nice babies!

If someone doesn't snatch them quick, they will be staying! ❤️

They can produce green and blue in fallow and/or dark mutations.

Bethie is working on her first clutch. 5 eggs and so far 1 appears to be fertile.

Fancy has 6 eggs. She's done laying and all 6 are fertile.

Darcy is working on her first clutch. So, I don't know if any will be fertile.

Quinley has 3 eggs. The 3rd was laid today. I'm sure she's not done. It's too early to tell if any are fertile. This is her second attempt. So, fingers crossed! 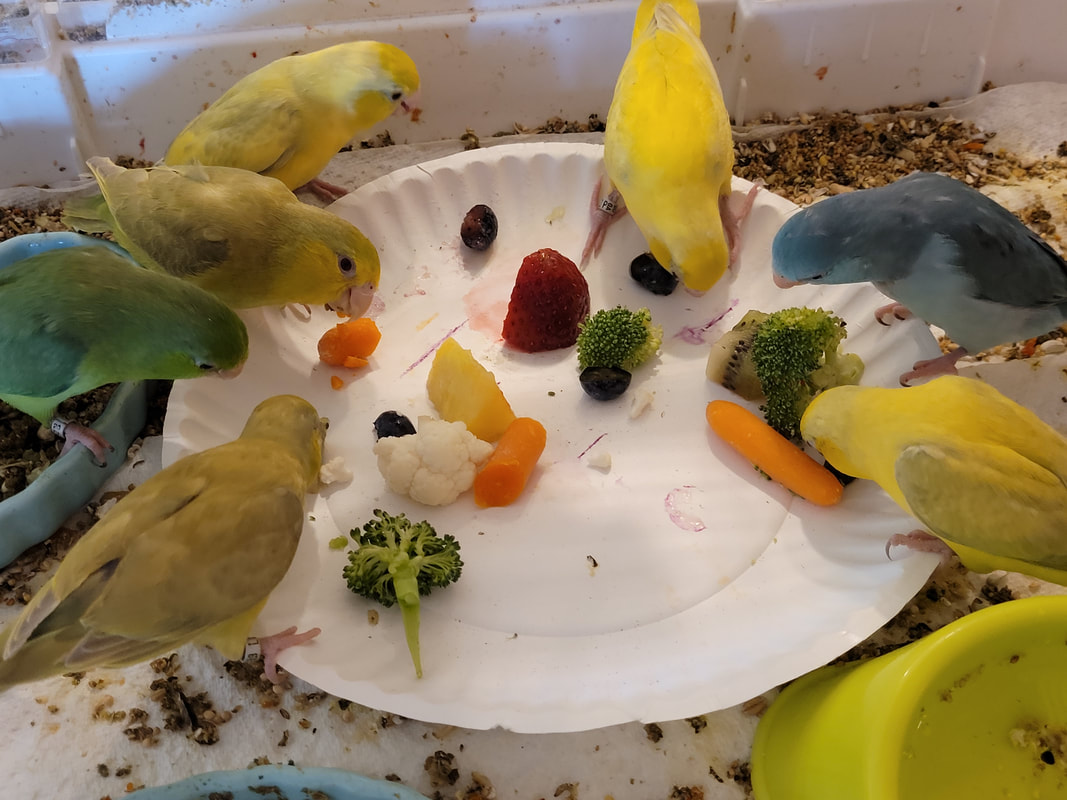 I allow my babies to wean at their own pace, so I can't quarantee when each baby will be ready. Some will be weaned at earlier ages than others. Most will be weaned around 8 weeks of age.

My babies are handfed as of winter 2020. For more detailed information on how I raise/treat my babies and adult birds, visit my "About Us" page. For current pics/videos check out my Facebook Aviary group called Little Booger Parrotlets.

Photos below are of some previous babies. 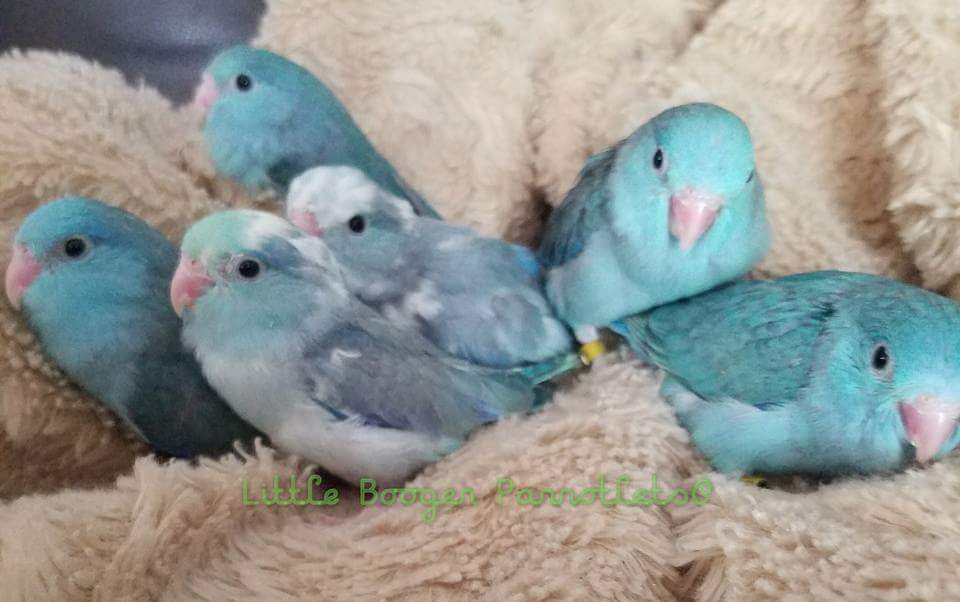 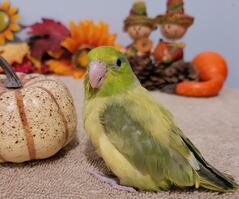 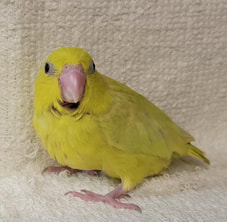 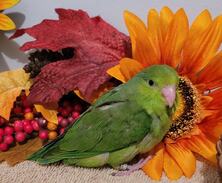 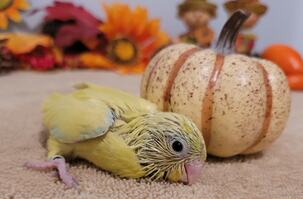